﻿﻿Pet parents always ask for the best tips and tricks to train their puppy and here is the magic answer: start training them early! Your pups training should start the minute you bring them home because once your puppy starts getting used to a certain behavior, it’ll be a hassle to reset the behavior.

Puppy training is like raising a baby. When you come home with a newborn child, you start feeding them, and teaching them all the essential behavior right off the bat because once they hit a certain age, the behavior just sticks and it’s that much harder to wean them off. Puppies are the same way. Once they hit the 1 year mark, they already have set behaviors - doesn’t mean they will be untrainable, it just means it will require more time and patience from you.

We understand that the task of puppy training can seem overwhelming, but don’t worry, we are here to tell you everything you need to know about training so you can feel 100% confident and prepared.

Training Your Puppy At Home

Dogs are creatures of habit so you want to get them on a schedule that works for both you and your little one. Wake them up, feed them, and take them outside for potty at the same time every day, including weekends. Puppies require a lot more nutrients than adult dogs so feed them at least 3 times a day. They also have a small bladder which means you’ll have to take them outside more frequently - say, maybe 7 times a day to avoid any unwanted incidents around the house.

If you can’t take them outside regularly, make sure that you get a pee pad and train them to pee and poop only on the pee pad. This will take a few tries for your puppy to get right and so, you might have tiny accidents but the key is to be patient and consistent - they’re doing their best to follow the rules and make you happy!

If you do go the pee-pad route, you will have to train your dog to be housebroken later on when they’re old enough to hold their bladder for 6-8 hours. Because they’ll get used to peeing/pooping in the house (even though it’ll be on a pee pad), you’ll need to reframe their mind so they associate the word “potty” with the outdoors and make a habit of only going potty outside.

Patiently Teach Them The Rules

Your puppy doesn’t know what’s good and what’s bad. Is it good to sit on the furniture? Is it okay to go dumpster diving in your trash can? or teepee your house with toilet paper? It is your responsibility to show them and teach them what is considered a “good behavior” and “bad behavior”.

Start with simple commands. Teach them to sit, stay, and come when you call their name. Praise them by saying “good boy/girl” when they do it right. If they do something that’s not “good,” correct them gently but firmly by saying “NO.”

Train Your Puppy With Treats

You might be wondering if you should be using dog treats for rewards when training. The answer is absolutely! However there’s a caveat: there is a right and wrong way to do it. The right way to reward is to teach your pup a command without the treat in hand, and reward them only after they’ve correctly responded to your command.

So, for example, you tell your pup to “sit” with the hand signal, he/she then proceeds to sit perfectly. Then you go into the kitchen, take out the treat and reward them.

What usually happens is pet parents tell their pup a command, and when their puppy refuses to do the command, in this case, “sit” they go and grab the treat from the kitchen to lure the puppy to perform the requested behavior. This is the prime example of what you don’t want to do. Because when you do this, your puppy realizes that they can wait until you have a treat in hand to perform the behavior. So instead of you training your puppy, they’re now bribing you.

When To Reward Your Puppy With Treats

Your puppy is a total sucker for treats, and the best way to get them to do what you want is by rewarding them with soft delicious training treats! When they heel during walks instead of pulling on the leash, reward immediately so they associate “heeling” with “good behavior that gets them treats”

When To Not Reward Your Puppy

There are two scenarios where you shouldn’t reward your puppy with treats - when they perform an unwanted behavior and when they do something on their own.

When you go grab that treat, the delicious aroma of their favorite treat gets their head to turn. Now, puppies are smart - they know that the way to get the treat from your hand to their mouth is to do what you say. So they’ll move away from the furniture - until they get the treat and then go right back to the chewing. Now you’ve not only fallen for their cute little trick without realizing it but you’ve also reinforced the unwanted behavior.

What you should do is say “no” and wait for them to back away and give them a command like “sit” or “down” and then and only then do you reward them with a treat.

Now, moving on to the second scenario. Let’s say one of your house rules is no pup on the bed. If your pup naturally goes and sleeps at his/her dog bed instead of jumping onto yours, don’t reward them with a treat. Why? Because you didn’t ask them to do it, they did it themselves! You only want to reward your pup when they do something that you asked correctly.

Now that we’ve covered how to train your puppy with treats, it’s time to let you know about the good training treats for your pup. It can seem like a very trivial thing, but choosing the best treat is crucial not only when it comes to training, but also for proper development.

There are so many pet treats on the market that are actually harmful for your puppy. But they’re sold because the parent company of the brand owns multiple brands alike, and sometimes has a partnership with the vet clinic. But all they do is harm your pet so you end up paying them more through expensive vet bills - in this scenario, the big guys win while your pup pays for it through suffering.

When choosing training treats, it’s best to choose healthy training treats that are 100% natural without any preservatives or additives such as Dogsee Chew Puppy Training Treats. The main concern for pet parents when training with treats is the risk of obesity - because this is the most prevalent disease in dogs. The great thing about Dogsees’ training treats is that they are low-fat and help maintain weight. They also avoid using common allergens such as gluten and grains - so you can give your puppies delicious treats and prevent the risk of obesity, indigestion and other allergic reactions/diseases.

If your pup has a sensitive stomach and has a lot of allergies to ingredients, Dogsee Crunch single-ingredient treats can save you time from searching and investigating all the ingredients listed on the packaging label. These freeze-dried and fat-separated treats are made from  *you guessed it * just one ingredient! They come in different flavours too - apple, banana, beetroot and coconut - so if you know your pup is allergic to one, you always have plenty of other options too.

These bite-sized treats are great for running through a series of commands, but if you want something a little more long-lasting that’ll hold your pups attention for longer tasks such as crate training, Dogsee Chew Hard Bars will do just what you need. You can go for dinner with your friends and family, deep clean your house, or simply curl up on the couch with a good book without being bothered with these long-lasting dog chews. They come in 3 different sizes - large, medium and small - so you can get the right size for your pup. Just give the command, wait until they perform the desired behavior and reward them.

Training your puppy can seem like an overwhelming task but it doesn’t have to be with the right treats! Just remember to go slow and be patient and your pup will transform into the best obedient dog there ever was!﻿ 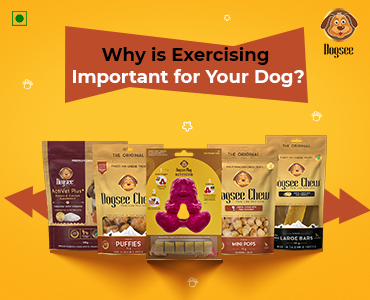 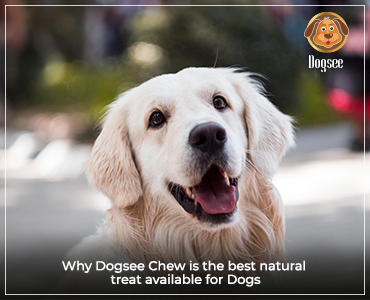 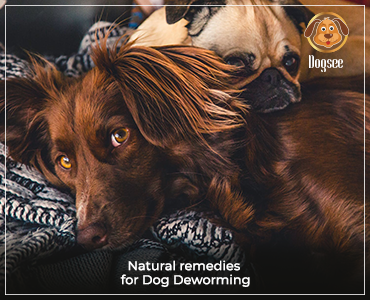 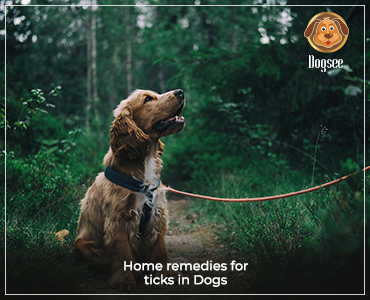